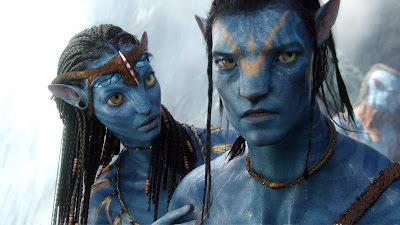 James Cameron has indeed made his mark as one of the best director if not the best of all time. Avatar is a visually stimulating and well-paced with sweet-sorrow love story which many has compared to Pocahontas. But the real comparison made is with Titanic, the mega blockbuster hit and the director's last movie 12 years ago. With the help of advanced technology, Cameron has literally brought the movie to life.

Though it has received every praise from everyone that has watched it, I was not compelled to endure the ridiculous lineup to watch the 3 hour show. However, as a friend offered two IMAX 3D center seats, it was hard to refuse. The experience was phenomenal, so real that you can feel the ground shaking as the bombs hit and breathe the air of the magical world. Believe me that I am not exagerating.

The movie never felt the full 163 minutes it runs simply because the story covers so much detail very efficiently. The film makes me question why not more quality movies are made nowadays with better technology and more experience. Looking at the most recent movie ratings for 2009 films, few made it above 50 out of a 100 when Avatar is easily in the 90s.

Take a note, directors, stop being lazy.
Posted by Poeticcrap at 8:23 PM No comments: 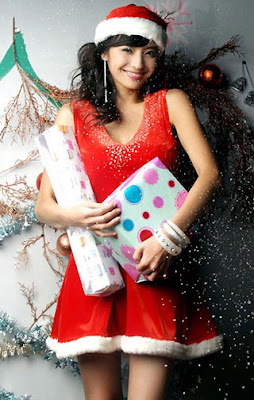 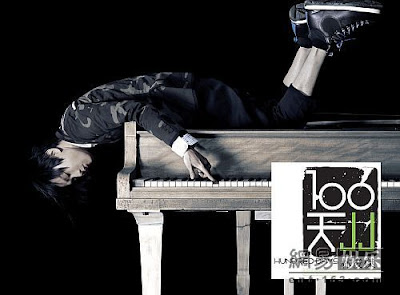 Posted by Poeticcrap at 11:28 AM No comments: 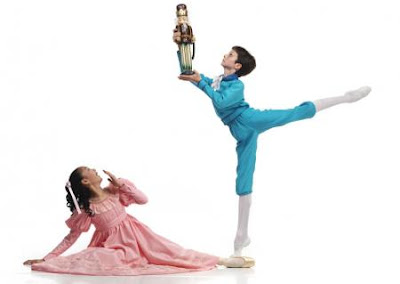 Vancouver Sun
Globe & Mail
Goh Ballet’s inaugural performance of “The Nutcracker” has given Vancouver a classic to call its own. With Anna-Marie Holmes choreographing a marvelous and entertaining show encompassing some 197 cast members, the story of a little girl who dreams of a winter wonderland has finally come to life.
Never did I know ballet could be so fun. There were dancing bear with a ferocious sauté, a high-kicking grandma, a drunken maid, and a wee gingerbread man that loses one of its arms to a rat. For the role of Drosselmeyer, Holmes chose not a dancer but a professional magician. Damien Carriere brought plenty of wows and wonder throughout the elaborate two-hour show. With kids making up majority of the cast, the sold-out theatre was clapping to giddy effect at every cutesy and funny step.

I quite enjoyed the different dances with ballet, for example, viewers get treated to a waltz, gymnasts Katerena Goston and Orion Sky Radles danced to an Arabian duet, Stanislav Galimkhanov squats and spins ever so beautifully in the Russian dance. There are countless other highlights, including the crazily cute dancing mice and the impossibly pretty Waltz of the Flowers.

What really created the color-hues and effect are the delicately designed costumes as well as the stage backgrounds which were specifically custom-made from China. Elevating the show to even greater heights is the solid live performance of Peter Ilich Tchaikovsky’s score by the Vancouver Metropolitan Orchestra and a pitch-perfect number by the Tzu Chi Children’s Choir and Vancouver Children’s choir.

It is not hard to envision that “The Nutcracker” will become an instant Vancouver December classic. Just simply an amazing performance and you only have 3 more days to catch it. Better hurry.
Posted by Poeticcrap at 3:14 PM No comments: 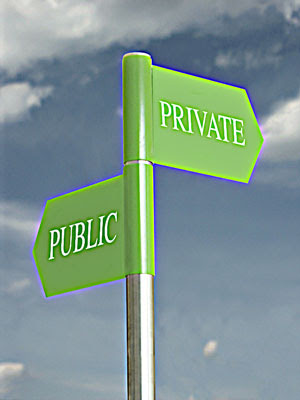 As the Copenhagen talks are set to wind down today, it is worth pointing out that 2009 is a year in which government investment in renewable energy and energy efficiency programs increased due to green stimulus projects. Linking public and private funds and providing a clearer regulatory environment in the sector will be key though consensus and consistent effort are difficult.

Linking the private with public seems to be the next great obstacle or crisis. This is all the more obvious since the ongoing massive swap from (almost) worthless private debt to (almost) guaranteed public debt will be the lasting bequest of the current financial crisis. Latest forecasts say that the average debt/GDP ratio of OECD countries will soar from less than 70% to more than 100% in the next few years. It is interesting to see what and how fiscal stabilization interventions affect real economy in response.

Meanwhile bubbles are popping up all over the place, from commodities like gold to real estate. Fueling these bubbles is unprecedented confidence levels that seemed to be more hopeful rather than rational. Some would make the argument that major players are simply playing the game of market manipulation and creating a smokescreen to lure the public. Others speculate that all bad things must come to an end (oblivious that by same reasoning, good must turn bad). Can we imagine that we are standing in a volcano ready to erupt at any time?
Posted by Poeticcrap at 10:31 AM No comments:

Just learned that there is a little man on the google map that you can drag to your map destination to get a street view of the place, pretty neat eh? That coupled with mapquest and other yellow pages, you can find almost any place and contacts online.
Posted by Poeticcrap at 10:21 AM No comments:

A chapter in life 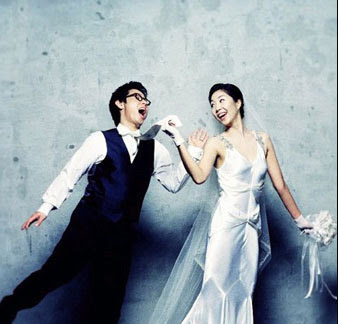 I awoke in cold bliss of a winter morning, looked outside at the rare sun and started counting down the days to this Christmas. This is the time of year, when the Christmas and New Year holidays reaffirm our reasons for living: amity of kith and kin, the personal gratification of gifts given and familial celebration, when thoughtful people cast about for images to sustain them through otherwise brutal cold.
Today, it’s a rare heartrending hue of sun as over a month of rain clouds have hung tough all month. The oblique rays of the late season sun lent a spectacular predominantly purple sheen to the shifting clouds. For many, we softly slumber, awaiting the clarion call of an awakening earth, the vernal exclamation of rebirth after an extended air of hibernal expiry. That would be many months later.

Until such time, we must wait with our imperfect reminiscence of a brighter, warmer world and keep those recollections alive until they may stir again within our derisory, temporal frames. Poetry seems to be in deep slumber, as well as my much valued self-reflection. There are many changes I seek, things to do and ponder upon, while fatigue threatens to side with the arduous season and keep me in bed under covers.

As the decade comes to an end and after a tedious flood of meetings and events which varies from important to downright waste-of-time, I have finally ended a dramatic chapter in my life. Meanwhile it is the beginning of the next chapter that has me busy and excited. For those who have yet to be informed (you must be feeling left out because I have been announcing it everywhere except on Facebook), this prime piece of bachelor meat is about to be off the shelf. If the picture has not clued you in...... Yes, I am getting married!!

After about 2 and some months of planning and discussions, little has really been settled except maybe the date of the engagement (April 10, 2010) and the wedding (June 29, 2010). I will try and relieve some of the wedding pressures and jitters by ranting online sometimes, but forgive me if sometimes I am too busy or tired to keep everyone up to date.
Posted by Poeticcrap at 4:54 PM 1 comment: 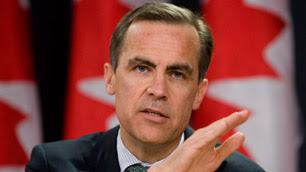 At this point, we should all be realistically weary of the same old doom and gloom news and thus I have cut down on my part to report such. So it turns out that some industries are hit heavy while others are still getting by. For example, second-hand automobile business which was booming due to its affordability is now completely dead with new cars coming out at huge discounts.

While I am out doing Christmas window shopping, it is barely the same festive mood that was so infective. Smiles were still plentiful though mostly on younger faces.

Hang in there, guys.
Posted by Poeticcrap at 6:33 PM No comments:

The Logic of Life - Time Harford 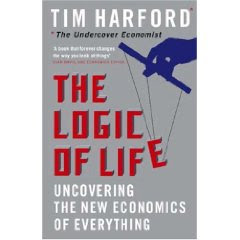 I have been upset that I have not touched some 20 over new books on my table at least for the past 2 months. One of such includes Tim Harford's Logic of Life. There is one particular visualization that impressed me.

'A million years of logic' - It is really hard for us to see how fast things are developing lately. Let's assume all of last million years has happened in one year. Using that scale, we learnt how to control fire sometime in spring and Homo Sapiens appeared in mid-November. Circa 19 December was when we have seen cave paintings. Egyptian Paraohs' time was around 30 December. 31st December have witnessed the rise and fall of the Roman Empire. Columbus discovered Americas roughly at 7:30 PM. First world war began 11:10 PM. We invented the internet at 11:50 PM. Google at 11:55, Facebook around 11:58 and iPhone around 11:59. It really gives you a bigger perspective on the concept of time and the pace of evolution. Quite amazing to say the least.

Now, we may be getting ahead of ourselves as dreams are being realized faster than new ones are created. Then the present seems less and less important as the future seems closer every second. Drives you crazy, doesn't it?

Take a second, think about it. Then stop thinking and start living before you are just a past.
Posted by Poeticcrap at 7:30 PM No comments:

Posted by Poeticcrap at 11:57 PM No comments:

Posted by Poeticcrap at 4:46 PM No comments: 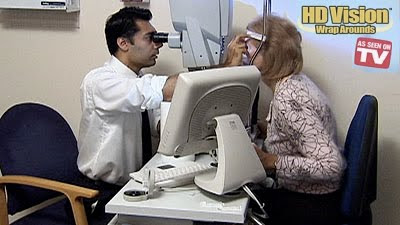 News Link
The new process apparently starts out like a standard procedure for cataracts, but makes use of lenses made from light-sensitive silicone that can be fine tuned several times after the surgery, eventually giving the patient "HD vision" that's said to be better than 20/20. The lenses can apparently even be adjusted for either bifocal or varifocal use, eliminating the need for some patients to wear glasses at all.
Posted by Poeticcrap at 12:39 PM No comments:

Poeticcrap
I write to keep my mind from bickering with itself.